He blushed, giving it away—she’d guessed right. Those looks were the type lovers shared. END_OF_DOCUMENT_TOKEN_TO_BE_REPLACED

We’ve all been patiently waiting for the newest urban fantasy werewolf novel, but the wait is over. Ladies and Gentlemen, please allow me to introduce you to… (drumroll please) … Hounds of God!

And to celebrate the release, I’m giving away a $20 Amazon gift card! To enter, see below (it’ll ask  you for the first three words in chapter 11 – whether you get it by purchase or free with Kindle Unlimited).

Torn from her parents at a young age, Katherine is raised in a pack of werewolves like herself and brought into the ways of the Hounds of God: An army of werewolves that will bring justice to evildoers.

But when their leader is killed and everything Katherine has believed is thrown on its head, she sets off with a small group of friends in search of a cure to what she now believes is a curse.

This search for a cure leads her to a fight for survival where she’s challenged to embrace the beast within. Will she give up everything to stop the nefarious army of werewolves, betraying those she once considered family?
Buy HOUNDS OF GOD

It’s with great excitement that I get announce the launch of DEATH BOUND (Modern Necromancy Book 2). What makes it even more exciting is that the first book in the series, DEATH MARKED, now has over 100 reviews! This is a milestone for both myself and coauthor Michael La Ronn.

If you can help us out by grabbing a copy and leaving a review – awesome!

END_OF_DOCUMENT_TOKEN_TO_BE_REPLACED

What is Night’s Curse? It’s the short-ish (40 minutes) story that leads up to my new werewolf novel  that will be out in Jan/Feb, following our Modern Necromancy series (of which Death Marked is book 1). You’ll want to read this/ listen to the audiobook, so you’ll know what’s coming. END_OF_DOCUMENT_TOKEN_TO_BE_REPLACED 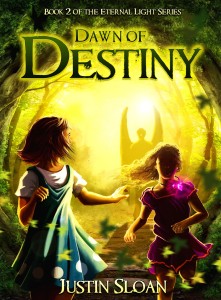