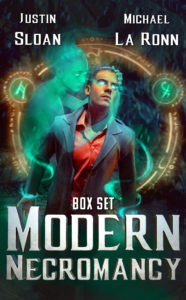 What is Night’s Curse? It’s the short-ish (40 minutes) story that leads up to my new werewolf novel  that will be out in Jan/Feb, following our Modern Necromancy series (of which Death Marked is book 1). You’ll want to read this/ listen to the audiobook, so you’ll know what’s coming. END_OF_DOCUMENT_TOKEN_TO_BE_REPLACED