That’s it, enter below to win one of 6 ebook copies of Syndicate Wars: Firsts Strike, and a $25 Amazon Gift Card! Hope you win – check back often, as more ways to enter will be added!

6 copies of Syndicate Wars and a $25 Amazon Gift Card1

With an alien invasion and survival of the human race at stake, service in the Marines was no longer optional, it was a matter of life and death.

(GRAB THE BOOK ON AMAZON) 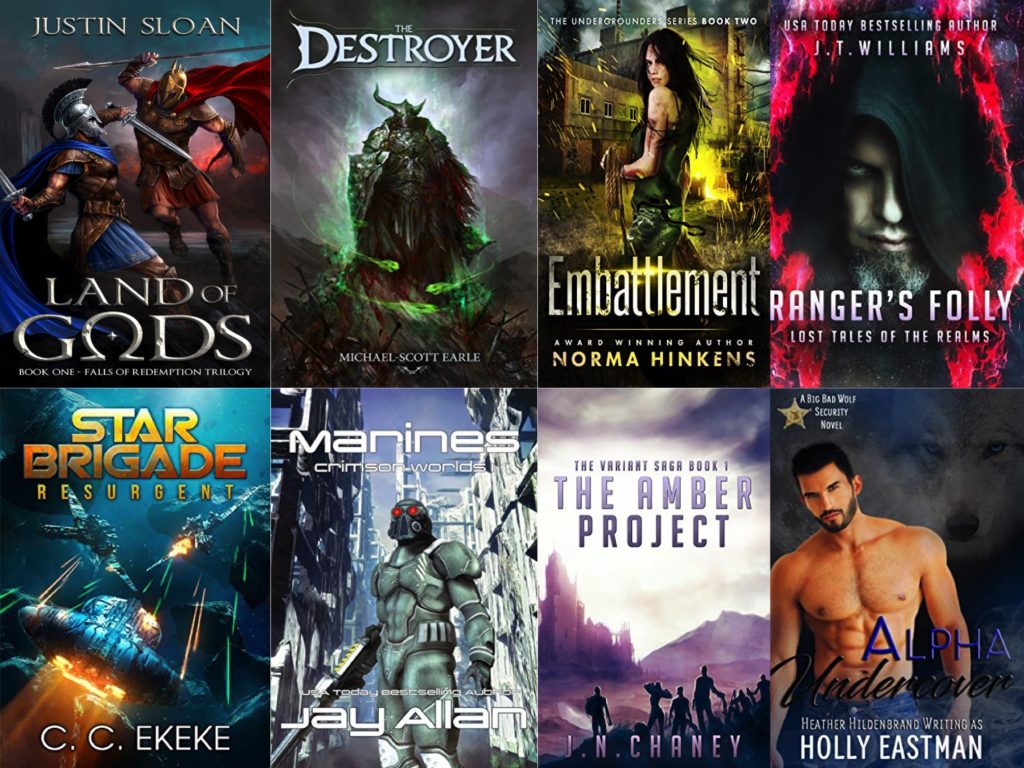 END_OF_DOCUMENT_TOKEN_TO_BE_REPLACED

A bunch of AMAZING authors (including Michael Anderle, PT Hylton, CC Ekeke, JN Chaney, May Sage, and many more) have teamed up to create a new author newsletter like Bookbub (but we hope even better!). It’s called Reading Addicts, and you can join now.

When you join, you get 10 free books right away, and you’ll 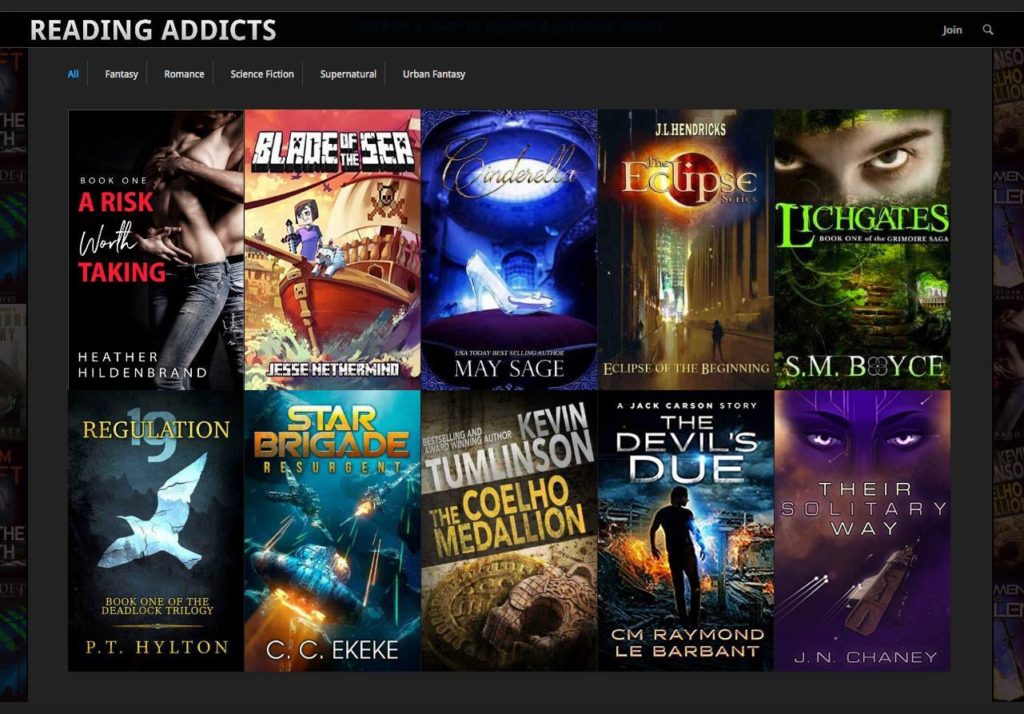 And while you’re at it, check out the associated Facebook Page, so you never miss any of the promos, freebies, and more.

FALLS OF REDEMPTION is available, the full fantasy series in one boxset, and readers are loving it!

When his brother vanishes, Narcel is next in line to rule his city, but only wants a simple life with the girl he loves.

Little does he know, the heavens have greater plans for him. He’s taken from his village and forced to fight for a neighboring clan, but when war breaks out in the land of Braze, he must choose sides between the family he knew as a boy and the brothers in arms he’s formed as a man.

Forced to become the warrior he never wanted to be, torn from everything he thought he knew about life, Narcel builds the courage to set things right. But his actions propel him and his lands into an inescapable path toward war and destruction.

Get the Fantasy Trilogy for 60% off the price of the individual books (at $9.99) END_OF_DOCUMENT_TOKEN_TO_BE_REPLACED