The passengers were mostly Skulla, but there were a few Pallicons too. He’d always envied Pallicons a little. They were shapeshifters, and Kalan would have given anything to be able to do that.

It would be nice be something other than a muscle-bound six-and-a-half-foot-tall gray-skinned freak every once in a while. To not have everyone cast a cautious eye at him anytime he walked into a room.

Kalan hadn’t been to the planet Tol before, but he’d spent most of his life in the Vurugu system. Six planets revolved around an ancient star. The outer five had been terraformed and were populated mostly by Skulla, a species that decorated their skins—faces included—with countless tattoos as part of their strange religion.

Skulla only stood about four feet tall and were thin creatures, but they made up for their small size with razor-sharp wits, and were often ruthless.

The planet closest to the center of the cluster was the home of the Pallicons. It was almost impossible to spot them when they were shapeshifting, but Kalan’d had a lot of practice. The key was to stare at the edges. Focus on a single hair or a knuckle; something small and specific. If you watched a shapeshifted Pallicon for ten or twenty seconds like that you’d see a tiny flicker, and then you’d know.

He was just starting to relax about an hour into the flight when the ship was attacked. Less than five minutes later, the six Pallicons boarded, through the airlock, their weapons drawn.

“This ship is hereby commandeered in the name of the Bandian!” one of them shouted.

A murmur ran through the passengers when they heard that name, and Kalan raised an eyebrow. If these guys really were from the Bandian, that was bad news indeed.

While the first Pallicon spoke the others spread out, one heading toward the cockpit while the rest dispersed to either end of the transport to cover the passengers.

Kalan watched all this silently. He carefully controlled his breathing, and reminded himself not to get involved unless he absolutely had to. This wasn’t prison. He didn’t need to step up to every tough guy who crossed his path. He didn’t have to prove himself.

Yet, as he watched the four of them work, Kalan grew more uncomfortable. He spotted their weapons, handheld Tralen-14s. Those were not cheap, and they were difficult to get in this ass-end of the galaxy. These guys were well funded.

The other thing that worried him was that they seemed absolutely disinterested in the jewelry most of the Skulla wore. If they weren’t there to rob the passengers, probably they were there to steal the ship itself—which wouldn’t be good news for the passengers.

Maybe the hijackers would keep them alive and try to ransom them back to their families, but it seemed more likely the Pallicons would escort them out the nearest airlock at the earliest opportunity.

The small Skulla female next to him clasped her hands on her lap, and it was clear she was trying to keep them from shaking. She kept shifting her gaze between the six Pallicons, eyes darting back and forth frantically.

Kalan leaned over to her. “It’s going to be okay,”

As soon as he’d said the words he regretted them. He didn’t make a promise unless he intended to keep it, and now that he’d told the female things were going to work out, he was going to have to do whatever it took to make sure he wasn’t a liar.

The female kept her eyes on the hijackers. “I don’t know. The Bandian doesn’t leave witnesses.”

Kalan had no idea what the average Skulla lifespan was, but this female had to be near the end of it. Her facial tattoos were so faded it was difficult to imagine what they’d once been.

The female reluctantly turned toward him, which had been his goal. If she stopped looking at the hijackers, maybe she’d stop thinking about them for moment or two.

He smiled. “I’m not surprised. There aren’t a lot of us, especially not in this part of the system. As far as I know, there are only two of us Gah’har’zakanew in the sytem.”

Her eyes narrowed as she tried to repeat the name back to him. “Gah’har-what?”

“You can call us the ‘Grayhewn.’ Everyone else does.” He nodded toward the Pallicon at the far end of the ship. “Point is, they’ve probably never heard of my kind either, which means they don’t know what kind of trouble they’re in right now.”

Kalan hoped he sounded more confident than he felt. He was used to fighting against long odds, but Pallicons were scrappy even when they weren’t carrying cutting-edge weaponry.

The hijackers had gathered the flight crew outside the cockpit and had them on their knees, weapons to their heads. If Kalan was going to act, it had to be now.

“Wish me luck,” he said to the old female. Then he drew a deep breath, unstrapped his safety harness, and started to rise.

FROM JUSTIN >>> Instead of continuing with the other POV story, I wanted to introduce you to a secondary POV we’re introducing in this series. Since we’re in space, we thought – wouldn’t it be fun to have this one be an alien? We hope you love Kalan, because we do and we’re having a lot of fun writing him.

As for this week’s share, guess what? Isaac Hooke just released a new series and it looks awesome! Check this out: 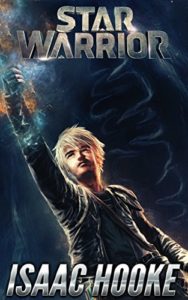 In a galaxy where the fabric of reality can be bent and shaped by a privileged few, and almost any skill desired is a mere injection away, one young man is thrust into the fight of his life.

Tane, a hydroponics farmer with some mad cereal crop gene-splicing skills, decides to get chipped. The operation gives him full control over his autonomic nervous and endocrine systems, plus the ability to install custom memories. 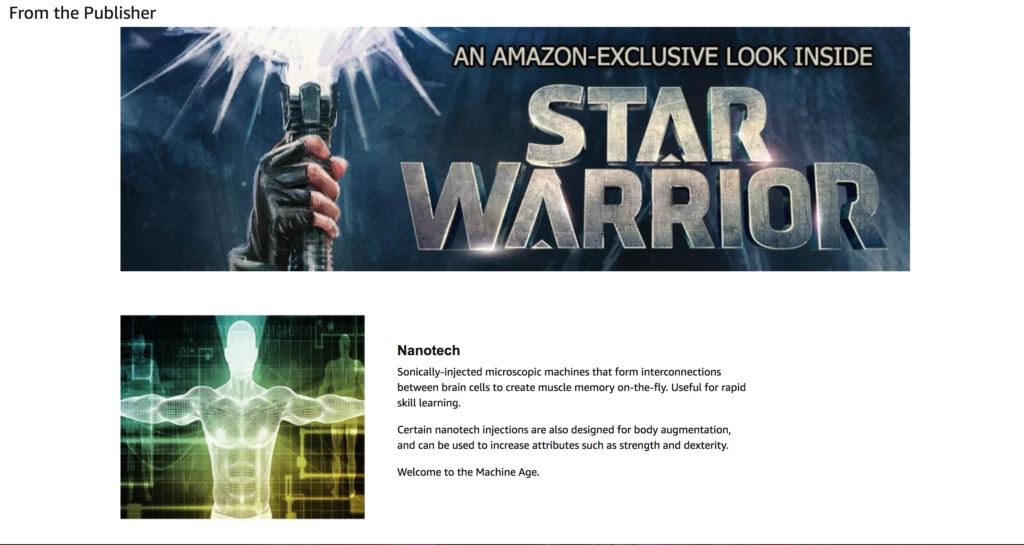