He laughed. “Whatever it takes, sir.” END_OF_DOCUMENT_TOKEN_TO_BE_REPLACED

Their mission was paramount. A journey through a foreign galaxy to find a legendary Lost Fleet while also hoping to track down an evil shapeshifter and stop him from raising an army to face off against the Etheric Federation. Hell, if that wasn’t a challenge worth writing home about, Valerie wasn’t sure what was. Except that, lately they had been spending a lot of that time simply flying to reach their destination, which meant a lot of downtime. It had been a time of getting to know her team better—such as the fact that Corporal Flynn enjoyed air drying and didn’t seem bashful in the slightest, or the fact that Sergeant Garcia snored like three bears trying to kill the fourth, with loud snores. END_OF_DOCUMENT_TOKEN_TO_BE_REPLACED 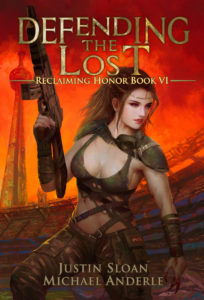 Hell, yes, she was! END_OF_DOCUMENT_TOKEN_TO_BE_REPLACED 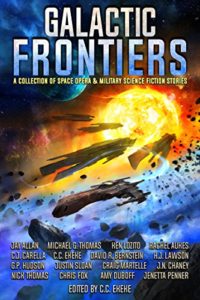